Year 8 Success in the Sea Cadets 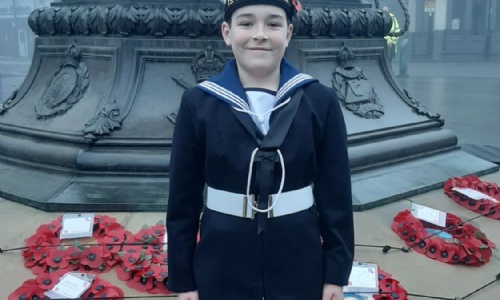 Working hard in the Sheffield Sea and Royal Marine Cadets

Congratulations to one of our Year 8 students Cameron who has been very busy recently. He is a member of the Sheffield Sea and Royal Marine Cadets, and  recently won a national song writing competition with a song he composed and performed himself called Red: a reflective song all about the poppy and remembrance.  Cameron received a special award and £75 from the Sea Cadets Corps and his song was played on BBC radio Sheffield alongside a live radio interview.

On Remembrance Sunday he was one of only two cadets from across the whole of Sheffield to be invited to take part in a socially distanced remembrance service  organised by Sheffield City Council at the cenotaph in the town centre. Well done, Cameron!